Claire Waverley, like her grandmother, has an extraordinary gift that appears in the herbs and flowers from her garden that she couples into her catering. She can sway people’s emotions with her mint and rose petal jellies or violet petal cakes, or even cause them to temporarily see in the dark, with her secret recipe for honeysuckle wine. Because of her talents Claire is accustomed to being a loner, until her long-estranged sister Sydney returns to their small North Carolina town with a young daughter named Bay. Sydney is escaping an abusive ex-boyfriend with a new name and a determination to protect her child, even from her own past, including the richest man in town, to whom she was nearly engaged before mysteriously vanishing after high school. Evanelle, the sisters’ eccentric aunt and only living relative, has a gift too: compulsively gifting bizarre objects that later prove to be appropriate, including one that forces Claire to finally meet the attractive male art professor who just moved in next door. Garden Spells is a perfect beach-day book that will make you crave the smells and flavors of summertime, and reveals what it means to be part of a family, no matter how eccentric.

The sequel to this book is called First Frost, and it takes place over a decade later. It is a must-read for anyone who enjoyed this book. The author has a few other books available that have entirely different characters and settings, including The Sugar Queen, The Girl Who Chased the Moon, and The Peach Keeper.

Sometimes people were expected to behave within certain parameters, because of who their families were. In Go Set a Watchman by Harper Lee, some of this same expectation greatly affects the primary (and some secondary characters).

Another interesting book about a young woman struggling with her family’s past and trying to find her own identity is The Distant Hours by Kate Morton.

For another tale of a magic family and searching for identity, read Alphabet of Thorn by fantasy award-winner Patricia McKillip.

Bay numerous times mentions her love of strawberry pop-tarts, and Evanelle wisely gave some to Claire before her sister’s and niece’s arrival. Since the Waverly women never eat the apples from their tree, strawberry pop-tarts are the next most frequently mentioned food in the book. And who doesn’t like reliving a bit of their childhood in the form of a cupcake? 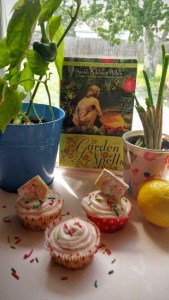 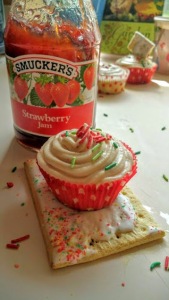